How Much Can I Make And Pay No Tax?

Assume John and Mary live in a two-bedroom apartment with their two children David aged 9, and Alison age 13. Both John and Mary have jobs and they pay child care in excess of $500 per month to enable them to both work. To keep things simple, they do not have enough deductions to itemize. In order to make ends meet, both John and Mary claim they are exempt from tax withholdings so their take home pay is as high as possible.

When a taxpayer’s income is low enough they are eligible for an Earned Income Credit (EIC) as well as tax credits for having children under the age of 17 and an additional credit to offset the expenses associated with their dependent care to enable both John and Mary to work. These credits reduce overall tax liability and in some circumstances can even result in a refund.

As long as one of the taxpayers makes at least $6,000 in wages, John and Mary can earn up to $52,690 and pay no net income tax. Even though they have no federal withholding they will receive refundable tax credits in the amount of $511. This $511 refund will offset their state tax liability of $506 resulting in an overall net refund of $5 even though no tax was withheld. They will receive a refund from the federal government and will have to pay tax to the state. The two amounts combined result in almost no tax.

The above example represents an average taxpayer in the greater Portland metropolitan area. Their tax situation will change based on their age, the ages of their children, college education credits, and lack of daycare expenses in the future. The example illustrates a hypothetical situation of a couple earning substantially above the poverty level applying all tax credits to remove the need for payroll withholding. 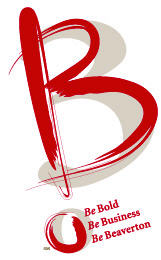